Workshop: “LaTeX is NoT for Me” 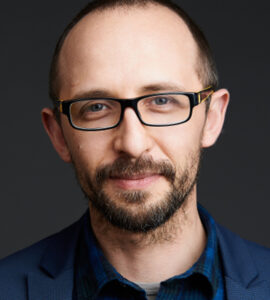 Pedro Ricardo Morais Inácio was born in Covilhã, Portugal, in 1983. Holds a 5-year B.Sc. degree in Mathematics/Computer Science and a Ph.D. degree in Computer Science and Engineering, obtained from the Universidade da Beira Interior (UBI), Portugal, in 2005 and 2009 respectively. The Ph.D. work was performed in the enterprise environment of Nokia Siemens Networks Portugal S.A., through a Ph.D. grant from the Portuguese Foundation for Science and Technology.
He is a professor of Computer Science at UBI since 2010, where he lectures subjects related with information assurance and security, programming of mobile devices and computer-based simulation, to graduate and undergraduate courses, namely to the B.Sc., M.Sc. and Ph.D. programs in Computer Science and Engineering. He is currently the Head of the Department of Computer Science of UBI. He is an instructor of the UBI Cisco Academy.
He is an IEEE senior member and a researcher of the Instituto de Telecomunicações (IT). His main research topics are information assurance and security, computer-based simulation, and network traffic monitoring, analysis and classification. He has about 30 publications in the form of book chapters and papers in international peer-reviewed books, conferences, and journals. He frequently reviews papers for IEEE, Springer, Wiley and Elsevier journals. He has been a member of the Technical Program Committee of international conferences such as the ACM Symposium on Applied Computing – Track on Networking. He was one of the chairs of WISARC 2016.

Workshop: “BITalino: Biosignals for Everyone” 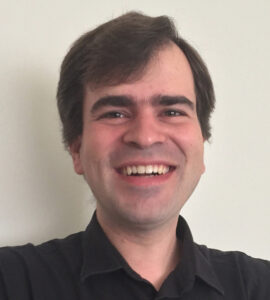 Hugo believes he’s one of the few lucky people that can say he worked very few days in his life… not because of lack of a job (fortunately), but because when you do stuff you love and you’re passionate about almost every single day, there’s no boundary between what’s work and what’s just pure fun.
He completed his Ph.D. and MSc degrees in Electrical and Computers Engineering from the Instituto Superior Técnico (IST), University of Lisbon (UL). Since 2004, Hugo is a researcher at the IT – Instituto de Telecomunicações (http://www.it.pt/person_detail_p.asp?id=1293), and one of the co-founders of PLUX – Wireless Biosignals, S.A. (http://www.plux.info), established in 2007 as an innovative technology-based company operating in the field of medical devices for healthcare and quality of life, where Hugo is currently a Board Member and Innovation Advisor.
More recently, he has been actively working (i.e. having fun) towards making the world a bit more physiological, through BITalino (https://www.bitalino.com), open-source software and low-cost hardware toolkit, that allows anyone from students to professional app developers, to create cool projects and applications with physiological sensors.
His main interest areas include biosignal research, system engineering, signal processing, and pattern recognition, and his work has been distinguished with several academic and technical awards such as the “alumniIPS” career award, the “Most Innovative Technology” award at the MIT Portugal E3 Forum, the selection as a semi-finalist to the Engadget Expand NY Insert Coin competition in 2013, and the “Caixa Geral de Depósitos Award” from 2003 to 2005 for recognized academic merit.
Hugo is an IEEE Senior Member since 2018 and IEEE Member since 2010, affiliated with the IEEE Engineering in Medicine and Biology Society. Furthermore, he is an active member of the IEEE EMBS Portugal Chapter, where he currently holds the Secretary position. 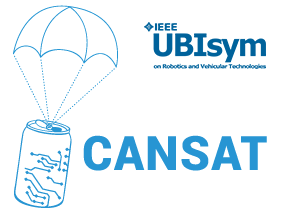 An introduction to Cansat design. Mission definition, selection of onboard Computer, selection and design of EPS, selection of suitable communication hardware, choosing the right sensors, integration, and programming.